Volatile Corrosion Inhibitors (VCIs) have been around since the 1940’s, when a product named Dichan was introduced into market. Dichan consisted of dicyclohexylamine-nitrite, which was described as a vapor phase corrosion inhibitor that had sufficient vapor pressure to release corrosion inhibiting molecules into the surrounding area. Eventually, this chemistry began to be coated onto paper, however, due to the dicyclohexylamine-nitrites high vapor pressure, they began to find that the chemistry diffused rather quickly and was found to flake off the paper. In addition to these issues, it was discovered that VCI Paper tended to hold corrosion accelerating moisture in direct contact with the metal part which was causing just as much harm as good.

Due to the health risks and the performance of VCI Paper, VCI manufacturers were in search for a new, safe, and effective application. In 1979, Northern Technologies International Corporation (NTIC) made two significant innovations. NTIC not only managed to introduce a new VCI chemical system to the market that was used as a common food additive (sodium nitrite) but was also able to successfully impregnate this additive into plastic films. By the early 1980’s, NTIC starting to sell VCI Paper with similar VCI technology under the brand name ZERUST® which left customers with a common question: What advantages/disadvantages does VCI Poly have over VCI Paper? 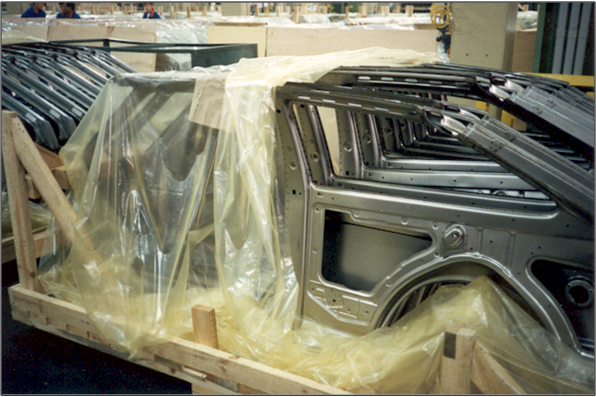 The four main advantages are:

1) VCI Poly film provides a superior moisture barrier compared to VCI Paper. Poly film lowers the water vapor transmission rate of the packaging and prevents even normal levels of moisture from seeping through the package and causing corrosion.

2) VCI Poly offers ease of use. Metal parts and assemblies can simply be placed into a VCI bag or crate lined by a bag. Items are easy to remove from the packaging as well. VCI film packaging products are typically translucent and items can be seen through the packaging allowing users to quickly see the items in the container.

3) VCI Poly bags also protect metal assets from dust and contaminants when sitting in storage and/or during shipping. Typical poly film/bags provide similar benefits, however, will not provide corrosion-inhibiting protection.

4) Long shelf and service life. Product life can vary between manufacturers, but typically VCI film can be stored in its original airtight packaging for up to three years. When properly applied, it will provide corrosion protection for many years to clean and dry metals. 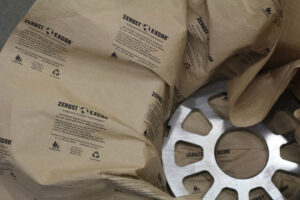 1) An advantage of VCI Kraft Paper is the fast diffusion rate of the VCI, allowing the chemistry to quickly reach the metal surfaces. The diffusion rate is typically faster than VCI Poly chemistry.

The good news is both products can be used in packaging programs to leverage the benefits of each type. For example, a container could be lined with a VCI gusset bag and individual parts can be wrapped in paper to stabilize them in shipping. A combination of VCI Poly sheeting or VCI Kraft Paper could be used for interleaving between layers. Interleaving with either material increases the saturation levels of VCI and ensures it reaches all spaces of the container. 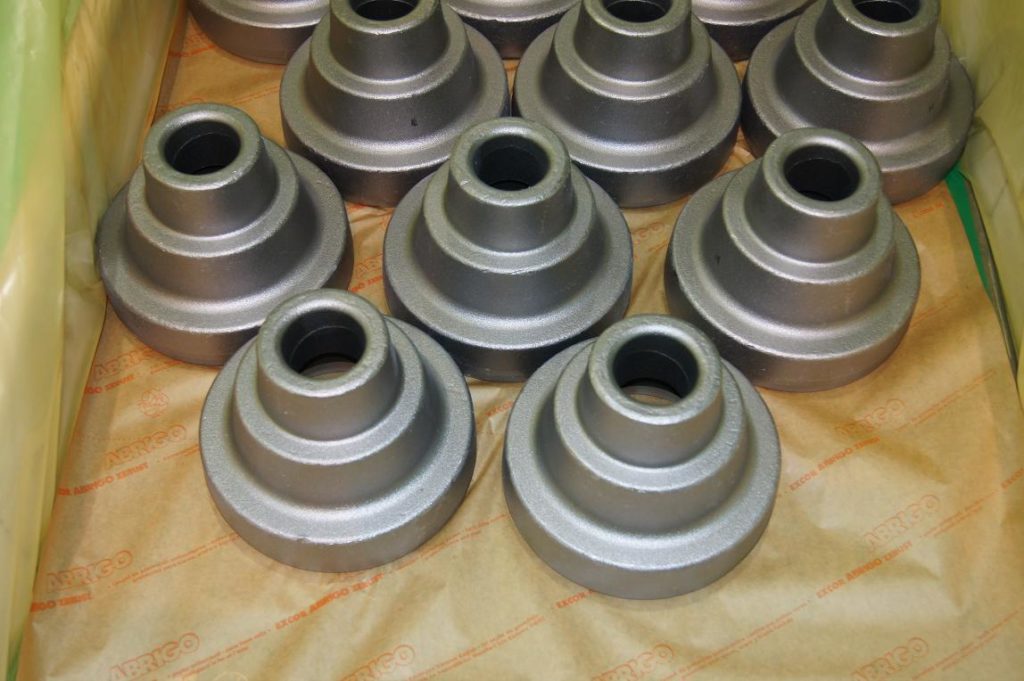 Whichever option you choose, ZERUST® can help you with your corrosion prevention needs. We analyze the current state of your corrosion management needs and work with you and your team to implement the best and most cost-effective solution. ZERUST® can come to your facility and do a step-by-step analysis of your current process, including fluid audits, VCI and packaging process audits, and data logger analysis. Our mission is to provide you with the right products, processes, and procedures to ensure that you can achieve your desired results.