NTIC continues to provide leadership for several committees in NACE International, the association of corrosion engineers. An outcome of this work was the 2008 publication of NACE Standard TM0208 which provides details of test methods for “Vapor Inhibiting Ability – Ferrous,” or VIA-F. NTIC authors presented three technical papers at the recent annual conference of NACE in San Antonio, during March 14-18. They are summarized below, where PDF copies can be obtained by the link to the titles.

“Evolving Standard Test Methods for Vapor Inhibiting Ability (VIA) for Corrosion Protection”
Authors: A. James Henderson (1), and Efim Ya Lyublinski (2)

The paper provides technical and historical perspectives considered in creating the recently published NACE standard test method TM0208-20081 for rapid qualitative evaluation to determine the presence of Vapor Inhibiting Ability (VIA) for corrosion protection of ferrous metal surfaces (VIA-F). The standard includes improvements in the repeatability of outcomes and criteria for judging and reporting outcomes.

Optional test methods were included for possible confounding of the VIA effect with partial water absorption (desiccant) effects of VCI materials. The paper provides considerations for creating test methods to determine VIA with non-ferrous metals (VIA-NF). This includes considerations of “witness” metal specimens, atmospheric contaminants, and appropriate rapid qualitative test methods for them. Read more.

Acid-gas scavenging films (AGS) have existed in two forms, both with fillers that chemically react to reduce the diffusion of acid-gases into sealed bags. These provide corrosion protection from acid-gases exterior to the package. They have no effect on corrosion in the presence of humidity and oxygen inside the enclosure.

One form, called AGS-Cu in this paper, is opaque and contains copper and carbon particles. The other, called AGS, uses transparent inorganic oxide fillers primarily to mitigate the tarnishing of silver and silverware. New technology combines AGS and Vapor Corrosion Inhibitor additives (VCI and VPI) for superior corrosion protection of multiple metals from the effects of internal humidity and external acid gases. Test data show that combined VCI & AGS give the best corrosion protection for a wider range of metals and atmospheric contaminants than VCI and AGS alone. Corrosion testing should consider the confounding effects of VCI, AGS, and desiccation. Read more.

Corrosion of flanges, valves, and welded joints is a major problem in the Oil & Gas, Chemical processes, and other industries. This paper presents a summary of new cover designs, laboratory test results, and application experiences in highly corrosive environments. This paper also describes the efficiency and experiences of these new covers and systems using VCI protection in combination with desiccants. In addition to offering corrosion protection, these covers have the added advantage of fast installation and easy removal and cleanup. The results show that these covers provide increased efficiency and service life for corrosion protection of various types of flanges, valves, and welded joints in outdoor and indoor environments. Read more.

NTIC continues to provide leadership for several committees in NACE International, the association of corrosion engineers.

NACE is organized with a hierarchy of committees under a Board of Directors of members. The board and all other members of NACE represent corrosion-related industries, universities, military organizations, consultants, and other individual experts with interests in corrosion-related science and engineering. 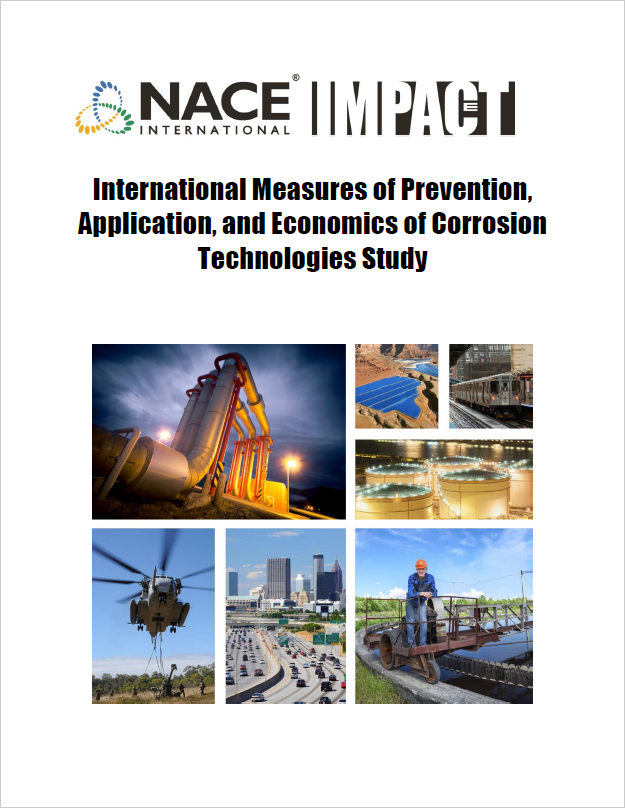