What are nitrites, how are they used in VCI Packaging?

Nitrates (NO3 – one nitrogen and three oxygen molecules) are compounds that occur naturally in soil. Consequently, nitrates are also present naturally in root vegetables like carrots and potatoes, as well as leafy green vegetables. Nitrates are not generally harmful unless they are consumed in massive quantities. When we eat nitrates, they are converted into nitrites in our digestive system.

Nitrites are also compounds made up of nitrogen and oxygen, but instead of three oxygen molecules, they have only two (NO2). Nitrite compounds combine with other elements like sodium and potassium to make sodium nitrite or potassium nitrite, which are used as preservatives and color fixatives in cured meats. Nitrites are particularly good at preventing botulism – an anaerobic form of bacteria that causes paralysis and death – which is why small amounts of sodium nitrite are required by law to be added to cured meats. Nitrites too, on their own and in moderation, are also generally not harmful.

Sodium nitrite, however, isn’t just a good food preservative, it’s also an excellent corrosion inhibitor. That’s why, when NTIC developed and commercialized the first-ever VCI rust preventative plastic packaging, the active chemical protection system was formulated using common food additives, including sodium nitrite. Conservative chemists generally do not recognize sodium nitrite itself as a vapor corrosion inhibitor because, on its own, it has a vapor pressure so low that it is almost immeasurable. When used in combination with other additives in proprietary ZERUST® formulations, sodium nitrite can be effective “VCI activated”. The ZERUST® VCI effectiveness has been proven in commercial and military applications worldwide, as well as scientifically by recognized standard test methods for vapor corrosion inhibitors used by U.S. and NATO military organizations.

Use ICT®510-C VCI Film for cost-effective and versatile protection against corrosion damage for ferrous metals in shipping and storage.

Use ICT®510-C VCI Multimetal Film for cost-effective and versatile protection against corrosion damage for ferrous and non-ferrous metals in shipping and storage.

Use ICT®510-C Non-ferrous VCI Film for cost-effective and versatile protection against corrosion damage for non-ferrous metals such as aluminum, copper, brass, bronze, and galvanized steel in shipping and storage.

Use ICT®510-C VCI Film for cost-effective and versatile protection against corrosion damage for metals in shipping and storage.

Use ICT® VCI Weapon Bags to provide protection against corrosion damage for weapons and accessories in shipping, storage and in-between operations.

ZERUST® ICT® VCI Kraft Paper is a high-quality bio-based, recyclable, and biodegradable kraft paper that is saturated on both sides with ZERUST® corrosion inhibitors. The product integrates packaging materials with powerful vapor corrosion inhibitors for ferrous, non-ferrous, and multimetal parts.

ZERUST® ICT®420-35P is a VCI Poly Kraft Paper with proprietary ZERUST® ICT® formulations contained within the polyethylene coating (coating on one side of the sheet only).

ZERUST® ICT®432-35P is a kraft packaging paper containing ZERUST® Vapor Corrosion Inhibitors (VCIs) coated with a plain polyethylene layer (coating on one side of the sheet only).

ZERUST® ICT® Poly Coated Reinforced VCI Paper is a high-quality 35# kraft paper that is saturated on one side with proven ZERUST® corrosion inhibitors and laminated with a 3/4 mil polyethylene layer and fiberglass scrim on the back side to provide superior strength.

How to use ZERUST® VCI Products Correctly
View Post 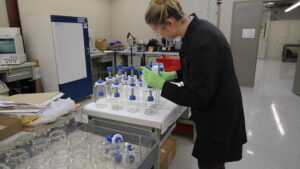 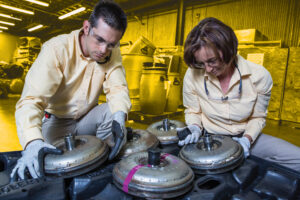 What Should You Consider When Choosing a VCI Supplier?
View Post 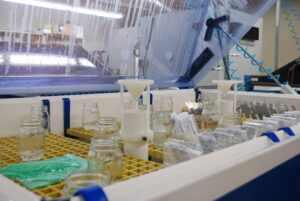