With an Ally Like Zerust, There Isn’t Any Rust Battle You Cannot Win

Hello to the world of rust protection. I have over 30 years of experience working as a packaging engineer in various industries and have spent the last 24 years working for a tier 1 worldwide powertrain OEM supplier. At our facility, we assembled parts and sub-components that are shipped worldwide. At our facility, a primary concern was contamination left on the parts after the manufacturing and assembly, resulting in the parts rusting during storage and/or shipping. As a packaging engineer, I was one of a few individuals within the plant that was part of the rust team responsible for proactively and reactivity improving the protection of the parts from rusting.

Annually, our company would invest thousands of dollars on rust issues and the battle of containing rust (you never really stop the risk). But, quickly, I learned the best advantage for this battle is “who you use” as an ally to combat the rust, making a significant difference in your ability to provide a long-term solution.

For example, we received a customer complaint about some parts shipped to India. Our customer provided us with some photos of the received parts, which revealed some small rust spots (10mm) on the parts. We assured our customer that the rust would not affect the part’s performance, but the rust’s presence created an impression on the customer that the parts were of poor quality. We quickly learned that even though the rust did not affect the performance of the parts, it left a substantial impact on our company’s reputation as a high-quality OEM supplier.

We contacted Zerust and asked them to come out to our facility to inspect the manufacturing process, finished parts, and packaging. The first step was lining the corrugated shipping box with Zerust VCI bags to provide an improved “VCI rich environment.” This, however, did not provide a fix to the issue, so the next step was to look at the manufacturing process, from component stamping to the final packaging. The Zerust team called this their Z-CIS methodology. They collected product samples, drew samples of all the processing fluids from the production line, and took those tests to their laboratory for comprehensive testing. This is the advantage of having a supplier like Zerust to collaborate on rusting complaints.

I would always joke that working with Zerust was like watching CSI (Corrosion Scene Investigation), with their ability to investigate any corrosion issue at our facility. Having Zerust as a resource made my job easier, with their ability to review packaging improvements with VCI material being a cornerstone in our problem resolution. What made Zerust a trusted ally was their ability to deep dive into any rusting issue during the manufacturing process. This includes packaging, storage, and handling. But wait, there is more! Zerust was instrumental in evaluating the washing, stamping, and rust preventative application process. Their Chemical group helped us review and improve the preventative maintenance of the part washer and stamping fluids. They taught us the importance of maintaining the wash machine by emptying and thoroughly cleaning it before it’s charged with a fresh wash chemical and RO water. With the use of Z-CIS methodology (or as I call Corrosion Scene Investigation), Zerust identified that the wash fluid was contaminated and the root cause of the accelerated corrosion on the parts. With an ally like Zerust, there isn’t any rust battle you cannot win.

When dealing with customers worldwide, the logistics of transit testing is challenging to get a quick evaluation and results of proposed changes to the packaging/process. Additionally, it becomes challenging to convince customers that your proposed changes will work when other changes have not worked previously. With science being universal, the ability to have Zerust provide the quantitative analysis behind steps taken helped to ensure the customer that the proposals we presented were objective base and not subjective.

Have a question for me about my experience working with Zerust? Comment below! 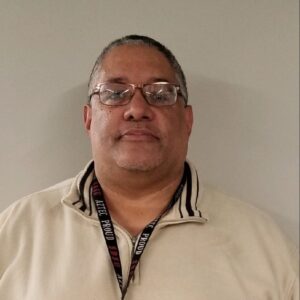 Scott has used Zerust® products and Z-CIS® services for many years. Scott has since joined another company and is sharing his experience working with Zerust®, in hopes it may help others with their own corrosion issues.